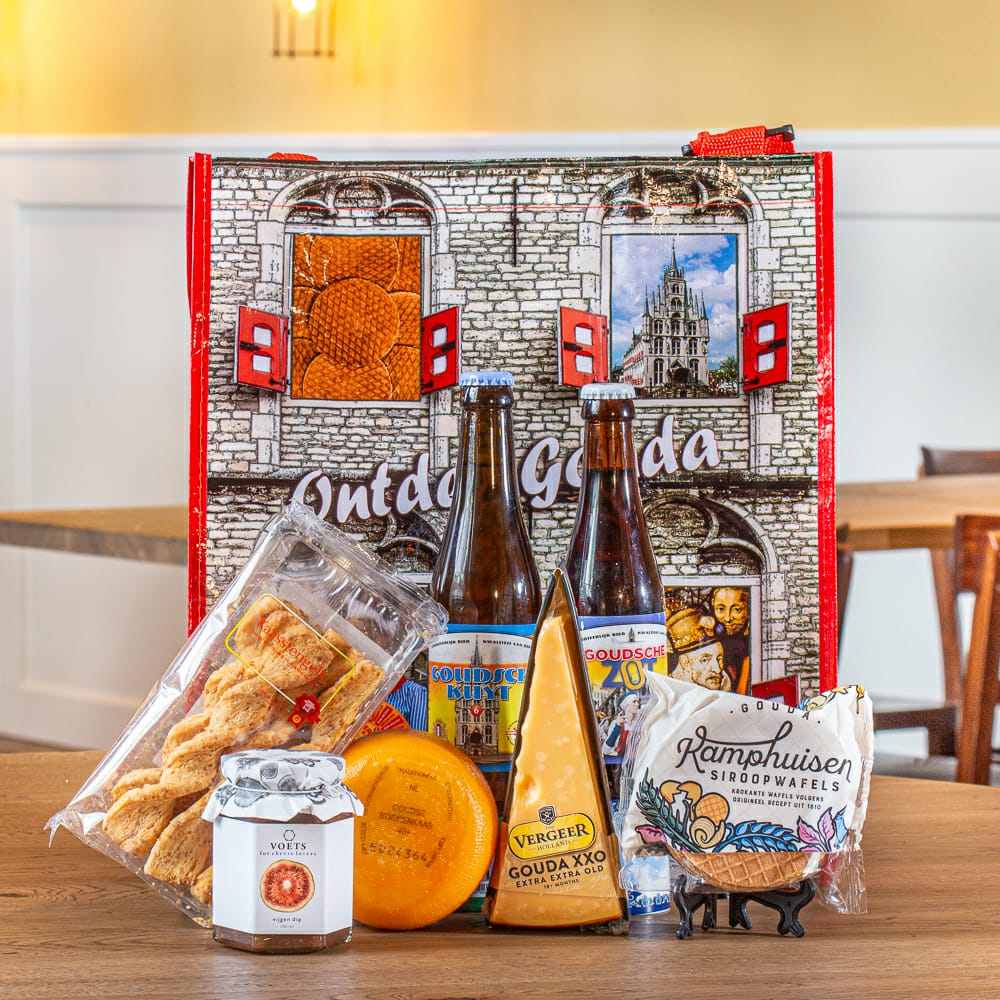 Whoever says Gouda, says Cheese! But that has not always been the case. In the Middle Ages, Gouda was known for a completely different product, namely beer.

A piece of history

Gouda was known for the Gouda Kuyt beer at the end of the 14th century. Because Gouda is located on the tidal river Hollandsche IJssel, the city was able to clean its canals through a special technique in which water from the river was pushed through the canals with great force.

As a result, there was fairly clean water and good beer could be brewed. It became healthier than water so everyone drank beer.

The Gouds Kuyt became so popular that it was ultimately just called beer! At its peak there were more than 200 breweries in Gouda and more than 15 million liters of beer were brewed every year!

Due to the long lasting war with Spain (1568-1648), Gouda Beer could no longer be exported and the breweries disappeared.

From 1500 it becomes increasingly clear that the cheese from the Gouda area was traded in this city. The nearby small town of Schoonhoven also wanted the Cheese to be traded there, but in 1540 the judge ruled that only Gouda would receive the trade rights.

Due to the long shelf life and excellent taste, the cheese became increasingly popular and also went abroad more often.

Anyway, the rest of the history is known … … everyone (or at least almost everyone) knows Gouda Cheese!

This is partly due to the national trend in the growth of specialty beers.

And why should The Gouda Cheese Experience not combine these top products?

For many the combination between beer and cheese is the perfect taste sensation.

Gouda Cheese and Gouda Beer go very well together. If you are already looking forward to it, come and try it in the Gouda Cheese Experience store or ask about the possibilities.

Renovation of a monumental building